We were able to go out to the Liberian refugee camp with Andy twice last week. Two Sunday’s ago we met with the LDS church leaders again and discussed some options. About 15 of the boys Andy has been targeting were there and we got the chance to talk with them and ask them a little bit about their lives and experiences on the camp. They showed us where they slept…either on a soccer field, in a bus left at the parking lot, or under some random roofs near the street. The project as a whole (all 30+ children having a place to stay, three meals a day, and all being enrolled in school) turned out to be a lot more expensive than Andy was expecting. He explained this to the children, and then asked them if they had to prioritize between food, shelter and education, which they would choose. Each child individually voiced their poinion that school and education was their first choice. It was pretty amazing to see how passionate they were about wanting to be educated, but for them it is necessity to rise from the life they have been forced, thus far, to lead. After a few hours of talking and walking around the camp with them, Andy wanted to be able to leave them with something, though he didn't have the funds to enroll the children in school. With the small amount of funds he had, he secured two large apartment bedrooms for one year. Wednesday morning we met Andy and Isaac (a Ghanaian who works with Andy here), and started the shopping and bargaining process. We were on a hunt for a few more things the children could immediately bennefit from, and that Andy had the funds for. When all was said and done, we had 40 mattresses, one polytank (a big water storage tank that they could use for their own personal water and also to sell water to other people to earn a little extra money to keep the building in good shape), 20 large chests for the kids to share and put their belongings in, a propane stove and a gas tank. These items were a good beginning, but these children still have no food, and have to fight everyday for a mouthful. They also have no change of clothes, and many more things that they are lacking. They do have a roof, and a mat and a box for their things, but are still in dire need. 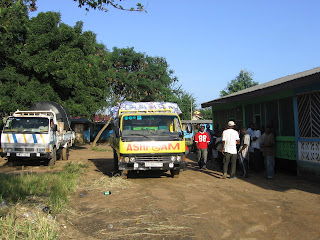 When we pulled up to the camp, with all of the afore mentioned items, everyone was so excited! We got everything unloaded and put into the rooms and then had a meeting with them. Andy gave a touching motivational speech about how we believed in them and cared about them and really wanted to help them, and how the Lord loved them above all. He explained our desire to be able to put them in school, but that they would have to be patient as we accrued the funds for their educations. Not too many people, besides the church (who has been trying to get something going for them for a few years) have really shown any hope or concern for these boy’s futures. They expressed how many people would come and take their pictures, but none ever returned to help. For us, to be able to watch Andy give these children things they've dreamed of, wasexciting, liberating, but above all, very humbling. The children themselves had established some group leaders, for the girls and the boys, and they read us the rules they had come up with for those of them that would be living in the apartments, and those who would also be involved in the programs. 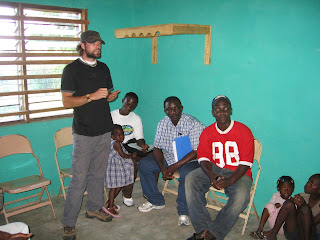 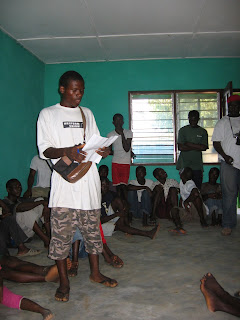 Then Andy left the church leaders with some money to get locks for their trunks, and some cooking utensils and other misc. items. We were, in our desire to contribute with little means, able to find several great used textbooks at the market yesterday that we’ll take to them. We hope they will be able to draw from the books well of knowledge for a time, until we can get more books, and get the children in school. Andy has since returned to the States, so we’ll be going to the camp a few times a month to check up on the children and the leaders, and make sure things are going well. We’re pretty excited about being a part of this project. 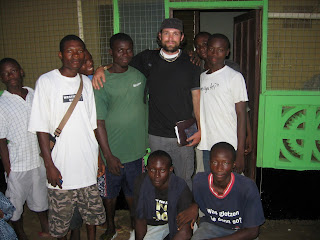 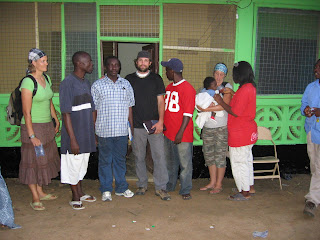