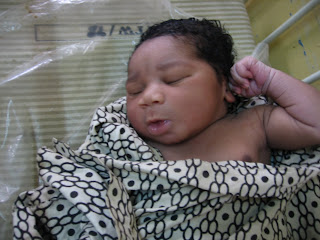 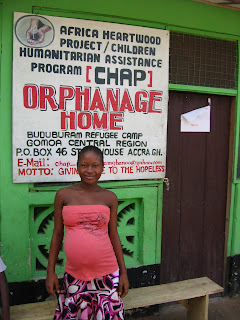 Our work here sort of took a different turn starting Christmas, last year. One of the girls (Imma) at the children's home at the Buduburam refugee camp was pregnant, and I got the idea that she, being alone, 15, and with no money or support, she wouldn't be able to take care of the child. So, I talked to her to find out what she thought about adoption. She liked the idea a lot because she knew that she couldn't take care of the baby and wanted to be able to go back to school. Keeping the baby would only keep her in the cycle of poverty. I told her I had a cousin that has been trying to adopt for some time, and I thought she might be interested. I told my cousin about it all, and her and her husband decided that they would be interested in adopting the baby. So, for the past month, we've been trying to figure things out. We decided the best thing for the baby would be for us to keep it in our care, to avoid having it sent to some horrible orphanage here or something. So, we had to move to a new house because the family we lived with didn't want us to have a new baby there. We bought all manner of baby supplies and started talking to a lawyer and social welfare so we would know what route we needed to take. And then we waited. She was due on the 12th of January. We didn't get a call that they were taking her to the clinic on the camp until late Saturday night, the 17th. Jana and I left and got to the camp at 1:30 Sunday morning. We were there all that night, all the next day and all Sunday night. It was pretty crazy...Imma was in labor for so long and there was no real improvement. Jana and I tried to get some small sleep here and there on hard, skinny wooden benches. Around 4am Monday morning, they decided that she needed to be transferred to a larger hospital. So Jana and I rode with her in the ambulance to a hospital about 20 minutes farther west. By 10 they decided she needed to have a c-section. 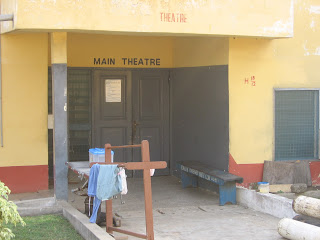 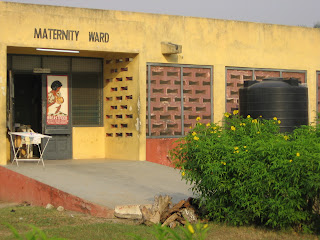 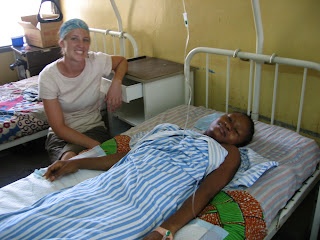 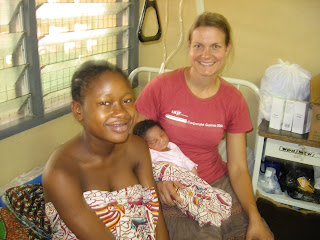 Luckily she and the baby came out of that completely fine. She had a 8.9lb baby. No wonder she had so much trouble with him...she's tiny! We left them in the hospital and a few days later we went and picked them up. She stayed with us for about a week so she could recover and eat well before going back to the camp. And Jana and I have been learning a lot trying to be moms to a newborn baby and still be productive with our other work/projects. I think we both still want to have kids, so I guess that says things aren't going too bad :) No...Titan is awesome and we love having him here. Hopefully the adoption won't take longer than 4 months, so, we'll have him until then. 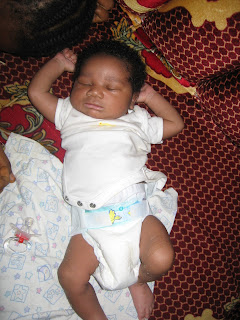 Wow!!! You are amazing! Are you getting any sleep?