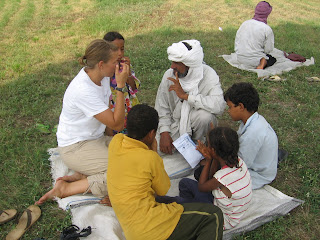 It's kind of a long story how we got involved with working with these Tuareg families from Niger. I guess we have facebook to ultimately thank for it. A couple weeks before Christmas I was able to get in touch with a couple girls from the states who were studying for a semester at the University here. They became interested in these families who they saw begging on the streets and wanted to find out more about why they were here and a little bit about their lives. That's where I came into the picture. The Tuareg tribe actually speaks Tamashek, but becuase of trading and such in markets in Niger, most of them speak Hausa as well, which is what I learned while living in Niger. So, I was able to go with Carly and her friend McKenzie to where the Tuareg's were all staying and help translate questions and answers about their lives and situation. Apparantly, some years back there was a bad drought across Niger and Mali, and practically all the animals in those countries died. The Tuareg's main livelihood is herding animals and then selling them in markets. Since the animals died, they have been wandering around different countries, begging for money to be able to eat and save to eventually make it back to their country. It's a sad situation for them, because they are even considered outsiders in their own country. Their skin is much lighter and they are very Arab looking. Absoulutely beautiful people. 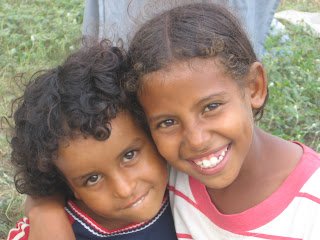 Because they look so different, they are treated very badly here. They are often insulted and told to go back to their own country, where, like I said, they don't get much support either. It was interesting to learn that they really are ashamed of the way they are trying to survive and they aren't happy doing it...but they have no choice. It's just a means to an end. Carly and her friend left for America a couple days after that evening, but Jana and I have seen and been able to talk with the Tuaregs on several occasions to try and discuss what we could do to help them. 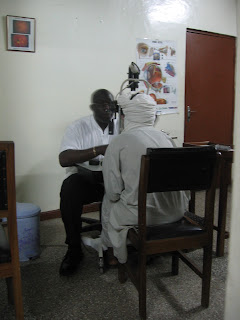 The monday before Christmas, we were able to take Hada, the one we spoke with the most, to the eye clinic. His eyes had been really bothering him for a long time, mostly due to sun and wind and dirt, which is their lives in the dessert. I think he had been washing them with soap as well, which aggravated the whole situation. But they were red and watery and itched him very badly. The doctor gave us some drops and ointment and pills to help with all that and just said to tell him not to wash with soap, but to rinse them occasionally, and he should be fine. That was an extremely long day; we were there 5 hours; but it was neat to be able to help him and to translate a lot at the clinic, and he was so extremely grateful and that made it all worth it. He told us he wanted do us like this (with outstretched arms...aka to hug us both) many many times. It sounded a lot cooler in Hausa and with his arm motions. Ina son in yi muku haka, sau dayiwa dayiwa!! Na gode sosai sosai! What an awesome man!
We knew that Hada and Mohommed were planning on making their way back to Niger pretty soon, and so we talked to them seriously about what we could do to help. We ended up purchasing two foot-pedal sewing machines for Hada and Mohommed so they would have some way to earn money to start their lives again. We also gave the other 4 men in their group a small sum of money. They will stay in Ghana for a little longer before they start heading home. It was really great to take all of that to them. They were so grateful and their kids were so happy to see us. We had a nice visit with them and got directions to their home in Niger, so if we're ever in the neighborhood... 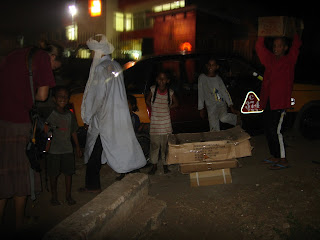 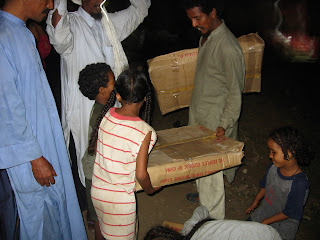 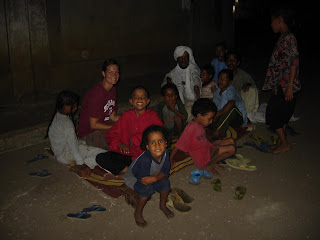 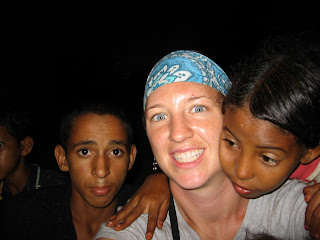